Three-time Rolex 24 winner, Colin Braun, has carved his way around racetracks from the U.S. to Asia and many places in between.

Colin’s passion for racing began at an early age growing up in a racing family in his hometown of Ovalo, Texas. From the first time, he commanded the wheel of a go-kart with his father’s coaching, it was clear Colin’s future would involve anything with four tires and a motor.

At just 16, Colin made his road racing debut at one of sports car racing’s crown jewels, the Rolex 24-Hour race in Daytona. The following year he became the youngest driver to race in the top-tier Prototype class at just 17. And in 2006, Colin was the youngest driver ever to place on the podium at the famed 24 Hours of Le Mans, finishing second.

Colin’s sports car career is decorated with wins at the famed Rolex 24, 12 Hours of Sebring, and Six Hours of Watkins Glen events. With a nod to his former NASCAR days, he’s credited with turning the fastest lap around the Daytona International Speedway oval at 222.971mph in the Ford Ecoboost-powered Daytona Prototype machine with Michael Shank Racing. Hand-picked by Ford, Colin’s 40.364-second lap broke Bill Elliott’s previous record carving out another career milestone.

Upon completion of the 2022 season, one chapter closed, and another opened for Colin as he bid farewell to CORE autosport. The team closed out the year with two wins and the 2022 IMSA LMP3 Champions title. In 2023 Colin moves to Meyers Shank Racing, where he will co-drive the No. 60 Acura ARX-06 with Tom Blomqvist in the new GTP class. He will also return to co-pilot the No. 04 CrowdStrike Racing/AWS car with George Kurtz for a full season in SRO GT3 competition.

He’s a fan favorite, has earned the respect of teams, sponsors, and his competitors on and off track, and is a leader in every sense of the word.

Continued proven success on the track.

Has competed at the top Sports Car Racing levels in GT and Prototype cars with 18 consecutive 24 Hours of Daytona events and counting.

Youngest driver to stand on the podium at the 24 Hours of Le Mans finishing second in 2007.

Has raced around the world in countries such as the United States, Canada, Mexico, Italy, France, England, Monaco, and Japan. 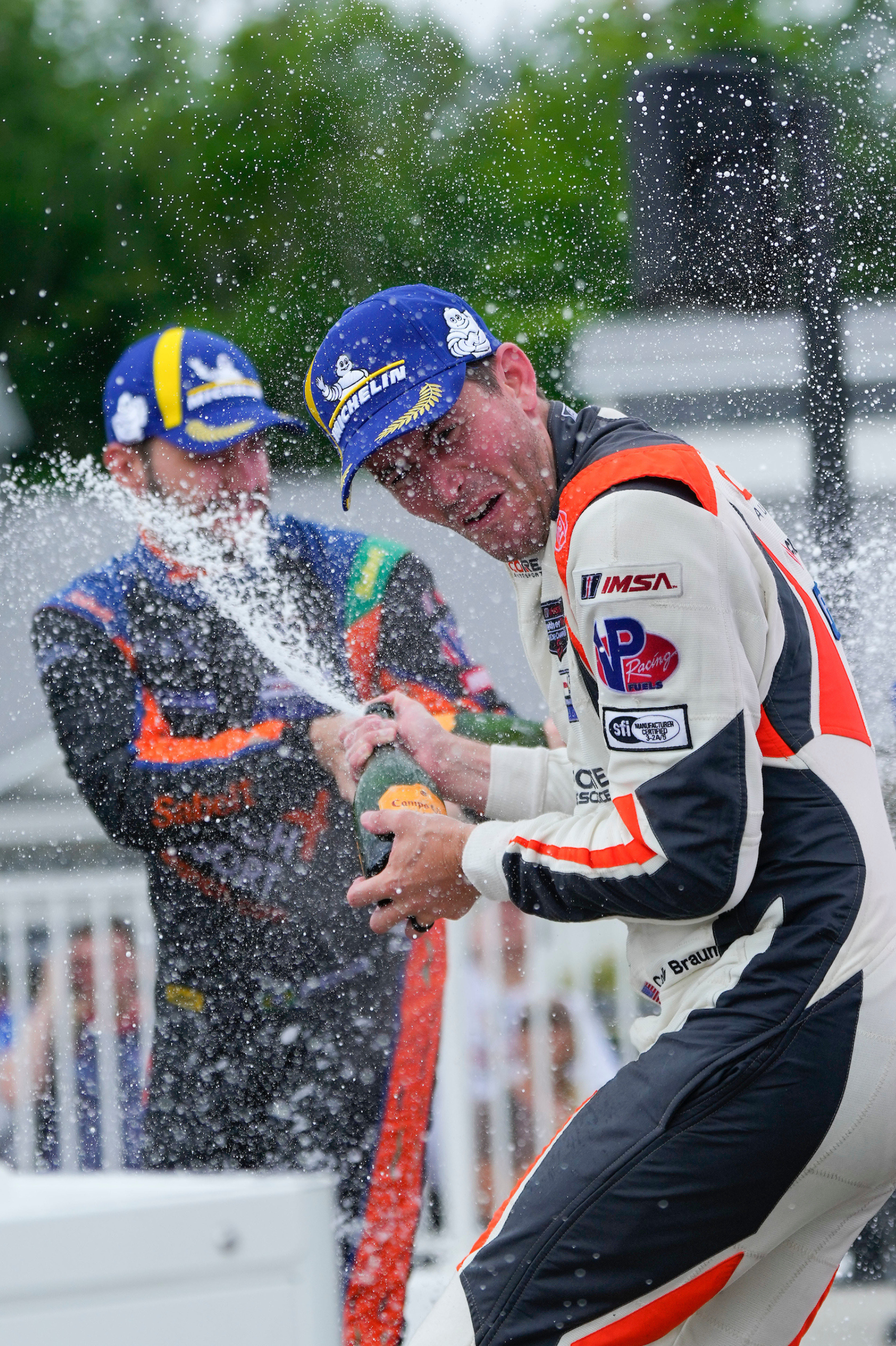